Set in modern-day America, Peacock’s new one-hour drama series Bel-Air reimagines the beloved sitcom The Fresh Prince of Bel-Air through a new, dramatic take on Will’s complicated journey from the streets of West Philadelphia to the gated mansions of Bel-Air. As these two worlds collide, Will reckons with the power of second chances while navigating the conflicts, emotions, and biases of a world far different from the only one he’s ever known. Executive produced by Will Smith, and inspired by Morgan Cooper’s viral trailer that reimagined the iconic, culture-defining ‘90s sitcom.

3 years ago, my guy Morgan Cooper uploaded his fan trailer to YouTube, showing how he envisioned the Fresh Prince as a drama. Now, here is the first full look at his retelling of the story that’s always been so close to my heart. Cant wait for you guys to see it Feb 13 on @Peacock: 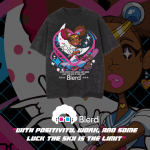