One of the coolest parts of Blerd is all of the amazing content creators we come in contact with.  There is always something interesting to check out and we are always getting put onto something new.   Alfred Page of Apogee Comics reached out on Facebook introducing Blerd to his indie comic called C.H.E.S.S. (Command Headquarters of Espionage and Strategic Strikes).

Being in the Army myself, I was immediately intrigued by the theme of C.H.E.S.S. The first issue immediately throws you into the action with a group of soldiers dealing with malfunctioning gear.  This would be an absolute nightmare, but you have to be prepared for anything.  Unfortunately the equipment is sabotaged by the arms dealer to further their own interests.

C.H.E.S.S. features a diverse cast of characters all with unique personalities and style.  I did wish that we got a bit more of a backstory on who the characters are.  More meat of the characters history, what their motivations are, and about their home life would have been nice, but since this is a series I am sure we will get more of that a bit later.

Having worked in tech for a while, the scene where the team discusses the built-in kill switch of the weapons is sentiment I heard before.  Security in technology is huge and there is always someone on an infosec team that has paranoia about whatever product or solution a company is selling.  What often happens is that the higher ups want their new toy and until there are problems security is overlooked.

C.H.E.S.S. is an espionage action story-driven comic book by an incredible team. The artwork is by William Reyes. Inks by Jesse Hansen. Colors by Splash Colors/ Yuan Cakra. Letters by Jaymes Reed. Covers by Netho Diaz & the script is by Alex De-Gruchy.

I do not want to spoil too much, but C.H.E.S.S. #2 was just recently released.  Definitely take some time to check out the series.  For more information visit their Facebook page.  If you read through it let us know what you think in the comments. 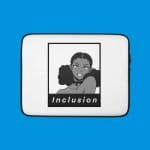