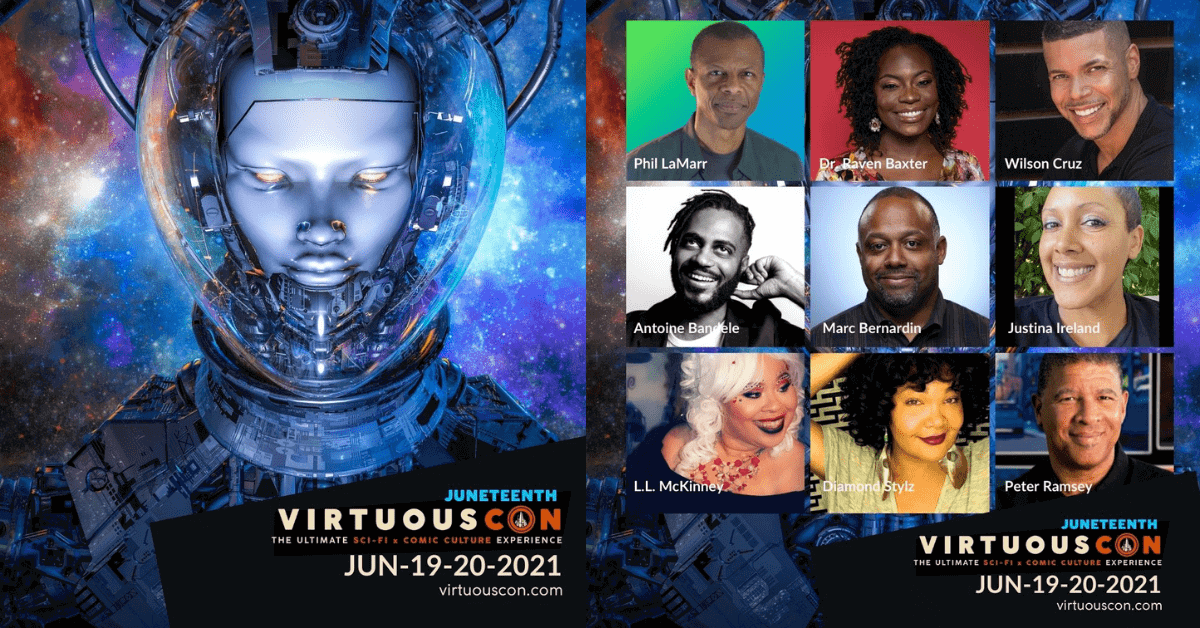 After their successful virtual Black History Month event in February, Virtuous Con is once again spotlighting Black creators in comics, sci-fi, fantasy, and gaming at Virtuous Con: Juneteenth, this Saturday and Sunday, June 19-20 from 11 a.m. ET-6 p.m. ET. Accessible through the Virtuous Con website, the free virtual convention’s theme is “Seeing Farther: Taking Our Vision to the Next Level” and features some incredible programming. Including a live-streamed Master Class series sponsored by crowdfunding platform Kickstarter and a live Black Music Month series sponsored by comics and culture company Urbanime.

The Kickstarter MasterClass Mini-Series is designed to help independent artists elevate their craft and business acumen with free lessons in everything from creating an audiobook, to marketing self-published work, to crowdfunding techniques to augment funding goals. June is also Black Music Month, and urban geek lifestyle brand Urbanime will be leading discussions on how the intersection of Black music, comics, anime, and sneakerheads have created a new geek lifestyle.

Virtuous Con: Juneteenth’s virtual floor show will feature Indie artists and exhibitors dedicated to science fiction, fantasy, comic books, anime, and more in a live interactive virtual space. Complete with virtual “booths” for vendors to interact live with attendees about their products and interactive panels and live programming. The audience can interact in real time with panel discussions, as opposed to pre-recorded Youtube or Zoom links.

As a Black woman-owned convention, Virtuous Con: Juneteenth has a special meaning for founder and award-winning author Cerece Rennie Murphy (The Order of the Seers, The Wolf Queen), “Woven within the spirit of Juneteenth, as an event and a celebration, is the notion of possibility and progress,” Murphy says. “We’re about leveraging creative freedom to expand the narratives and mediums where marginalized voices can thrive. Each of our vendors and guests is a shining example of that!”

ABOUT KICKSTARTER
Kickstarter is a funding platform for creative projects—everything from films, games, and music to art, design, and technology. Its mission is to help bring creative projects to life, and they are a Public Benefit Corporation based in Brooklyn, New York.

Urbanime is a culture x comics company that creates authentic experiences that empower multicultural audiences through imaginative storytelling. Urbanime publications make culture the hero whether they are unique editorials using comic art to tell a story of the culture or fantastic, urban-themed genre fiction that place Black and Brown characters at the center of adventure.

ABOUT CERECE RENNIE MURPHY
Cerece Rennie Murphy is a Washington D.C. native and Award-Winning science fiction author. Known for creating The Order of the Seers and The Wolf Queen series, she is also the founder of the Narazu website and newsletter and Virtuous Con.

In this article:events, featured, trending 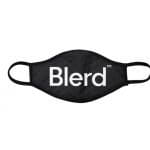 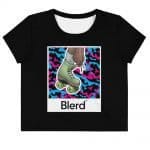