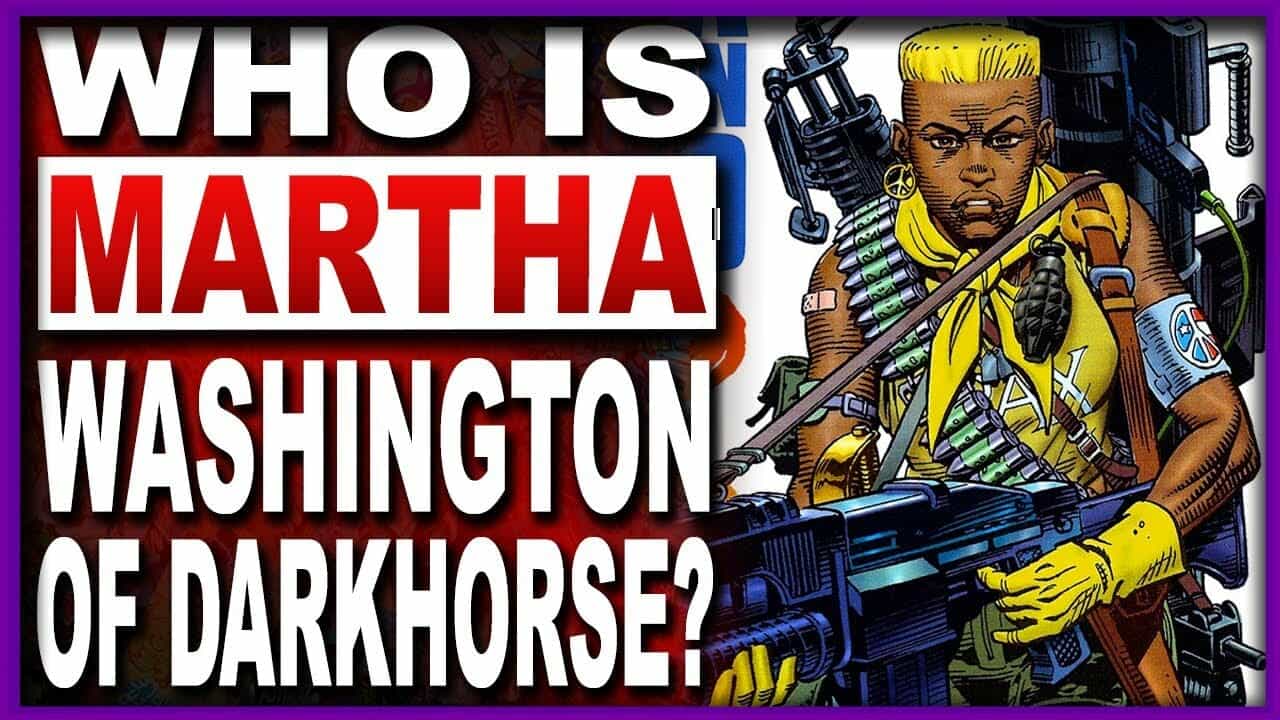 Who Is Martha Washington?

Martha Washington first appeared in Give Me Liberty #1 in 1990. The character of Martha Washington started off as a poor child who grew up in Cabrini Green of Chicago. That’s right… the actual real life Cabrini Green but in this case a more fictionalized version, but probably no less dangerous. She grew up poor in a dystopic version of the United States of America and her life ran as about one would expect, until one day she had a run-in with a drug lord which turned fatal. The would-be pusher man wound up getting her caught up with the law and she was thrown into a psychiatric hospital where Martha Washington learned that there were kids having their minds tampered with by the hospital. They were basically turning them into computers. The hospital lost funding and she became homeless. She then joined the military.

What Superpowers Does Martha Have?

Martha Washington joined the Pax Peace Force in the Liberty Comic. She believed in fighting the good fight! Fighting for causes like protecting the planet and as such she became a war hero and a symbol for liberty in her own right. Martha has no superhuman powers to speak of and is just a regular human being. However, she has some serious skills that she has acquired over the course of her life and others she always had a gift for.

While in the Peace Force she learned combat skills which made her a force to be reckoned with on the battlefield. Martha Washington is skilled not just with melee weapons and firearms but with hand-to-hand combat. She rarely, if ever lost a fight. Martha was also a skilled computer programmer when she was just a child and eventually honed those skills into becoming an extremely skilled computer hacker as well.

For more about Martha Washington, please check out the video above.

Please consider helping Blerd Without Fear raise funds for all the wrongfully incarcerated and criminalized men and women who are fighting for freedom in the wake of the deaths of George Floyd, Breonna Taylor, Ahmaud Arbery, and COUNTLESS other innocent black men, women, and children. If you have the means, please donate. If not, please share this link with any and all willing to help. Thank you. And I hope you enjoy the video. https://donate.tiltify.com/@blerdwith…

In this article:blerd without fear, comics, featured