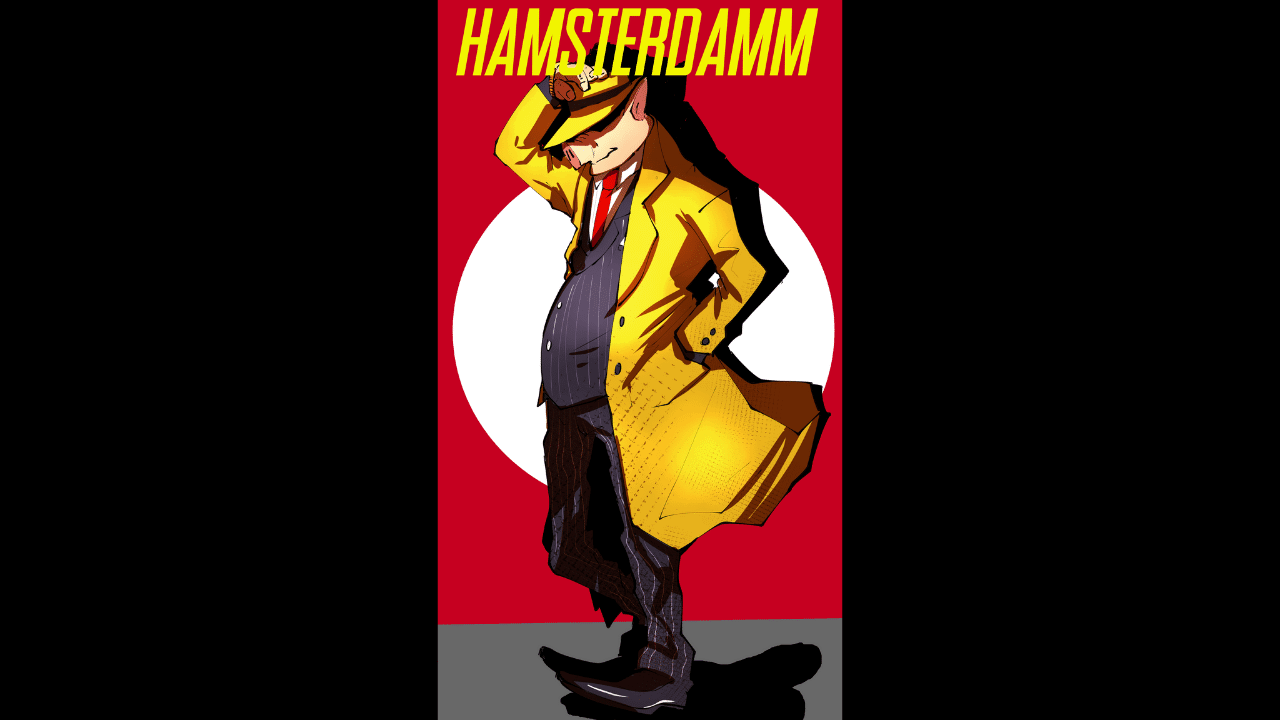 Hey Blerds hey! Let me tell you about a new game that’s in production called Hamsterdamm by Nerdy Bear Studios! But first, I have to give you the scope on NBS. Nerdy Bear Studios was created in 2018 and based in Atlanta, Georgia. This gaming and animation studio’s mission is to develop creative, innovative, diverse, and socially meaningful games, art, animations. NBS seeks to invite gamers to enjoy stories that celebrate what makes us different—while also acknowledging our shared experiences. Check out NBS here at their website, www.nerdybearstudio.com.

Hamsterdamm is a 2D perspective-changing infinite runner experience that combines the comic book style of Comix Zone with gameplay inspired by Speed Limit. You play as Detective Fatback, a pig who is on vacation, enjoying the exceptional museums and cafes in Hamsterdamm. However, your holiday is interrupted when bandits steal some of the city’s most priceless art and artifacts.

In Nerdy Bear Studio’s first gaming adventure, you are invited to a Dick Tracy and film noir styled world to help Detective Fatback save Hamsterdamm’s most precious art. Test your gameplay skill by chasing thieves through the canals, rowhouses, and streets of the city. Hamsterdamm is currently in development. The NBS team is now working on a prototype, in-game menus, and sharpening the gameplay features. Hamsterdamm Game Producer and Designer, Lionel Alexander, is on to something with this! So make sure that you are following Nerdy Bear Studios on social media, Facebook www.facebook.com/nerdybearstudios, Twitter www.twitter.com/NerdyBearStudio, Instagram www.instagram.com/nerdybearstudios, and as well as their Discord www.discord.com/invite/Nw44tgy9dt.

The inspiration for Hamsterdamm you say? Nerdy Bear Studios co-founders Lionel and Chanell took a trip to Amsterdam, The Netherlands, in December 2019. The experience of riding through the canals and learning about the city’s history inspired Lionel to develop the initial story of Hamsterdamm. A detective running through the city’s narrow streets, with the row houses as a backdrop, began to take form. The idea started to really set when they visited the city’s Rijksmuseum—the art becoming the primary motivation for the story. Lionel coined the name “Hamsterdamm” as a homage to the city and clever representation of the animal lead. Hamsterdamm is going to be available for PC, Mac, Xbox Series X, PS5, Switch, iOS, and Android. The tentative date for release is June 2021 and the release of the game trailer is tentatively April 2021.