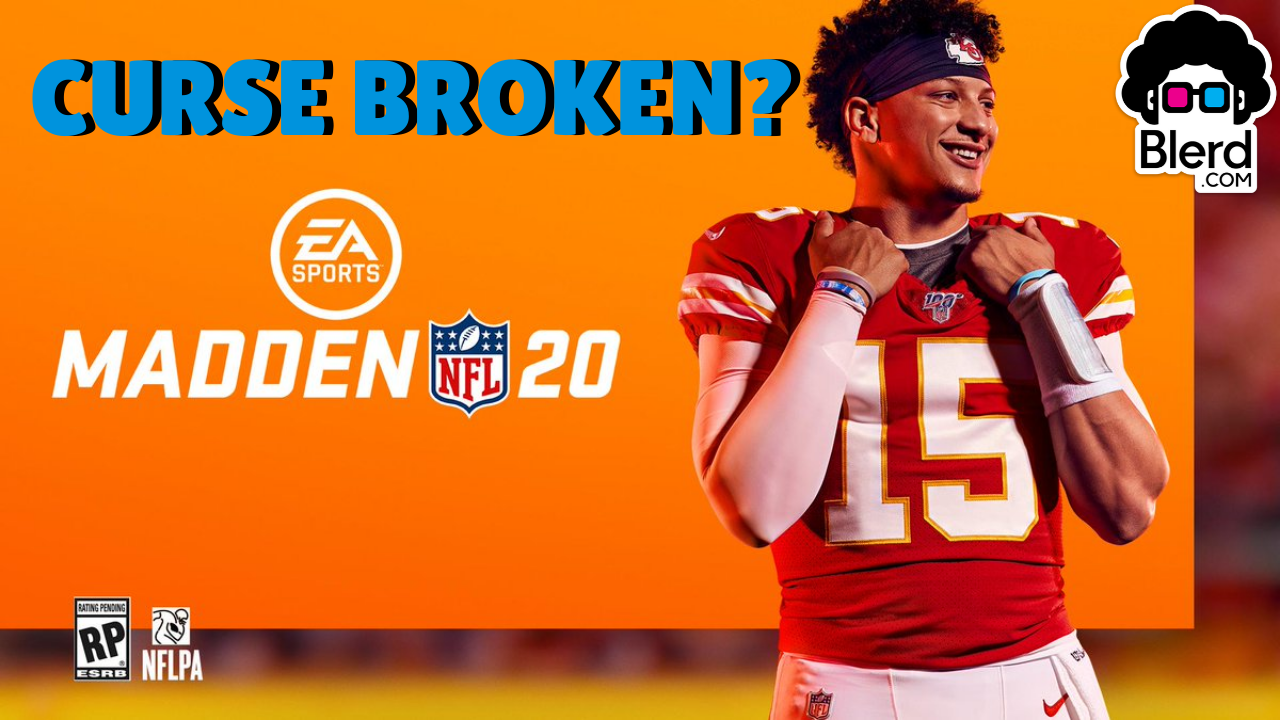 The Kansas City Chiefs just won Super Bowl 54 behind an MVP winning effort from  quarterback Patrick Mahomes. In the fourth quarter Mahomes was the driving force behind two touchdown drives that put the Chiefs up twenty four to twenty over the 49ers enroute to their thirty one, twenty victory. Mahomes’ 286 passing yards, 2 touchdown passes and 1 rushing touchdown secured him the honor of becoming the NFL’s youngest player to win Super Bowl MVP. Patrick Mahomes also made videogame history with this win.

As the Madden NFL 20 cover athlete he is the first player to legitimately lead his team to the Super Bowl and win during their cover season. For those Madden super blerds out there, yes Rob Gronkowski was the cover star for the 2017 season when the Patriots won the super bowl but Gronk did not play due to injury so he doesnt count. Gronkowski’s injury does serve as a nice segway to the real story here though, the Madden Curse. For years players have fallen to its dark magic but now the question is did Mahomes beat it or is he just another casualty?

The obvious answer to the question is an emphatic no. How can the Super Bowl MVP be a victim of the Madden Curse? To get to the bottom of it we need to first understand the curse itself. For starters, contrary to what EA wants you to believe the Curse is real. People explain the rules in various different ways but at its core the player that is featured on the cover of Madden will miss a portion of their following season due but not limited to injury. Following that rule over seventy percent of Madden cover stars have been cursed, dating back to Madden 2000 when the game switched to having players on the cover over John Madden himself. Where the curse came from and who cast it is unknown but those numbers don’t lie, the curse is real. Don’t tell that to Patrick Mahomes though.

Coming off an amazing league MVP season Patrick Mahomes had every right to be selected as the cover star of Madden 20 and so EA and the NFL set up the photo sessions and made it happen. By now Mahomes, along with every player in the league, had to be aware of the Curse but that didn’t phase him. Mahomes started this season right where he left off in the previous one. Posting major numbers each week and looking to become a back to back league MVP. Then the Curse happened.

Week seven versus the Denver Broncos after running a sneak Mahomes was carted off the field while trainers looked at his knee. The first diagnosis was a possibly season ending dislocated kneecap. Just like that another victim claimed or so Madden fans thought. Instead only two weeks later Patrick Mahomes was back on the field playing. His numbers arguably slid away from being MVP caliber but he was still playing a major role in the Chiefs’ success. The team finished the season with twelve wins and four losses, they entered the playoffs as the number two seed in the AFC and you know what happened from there.