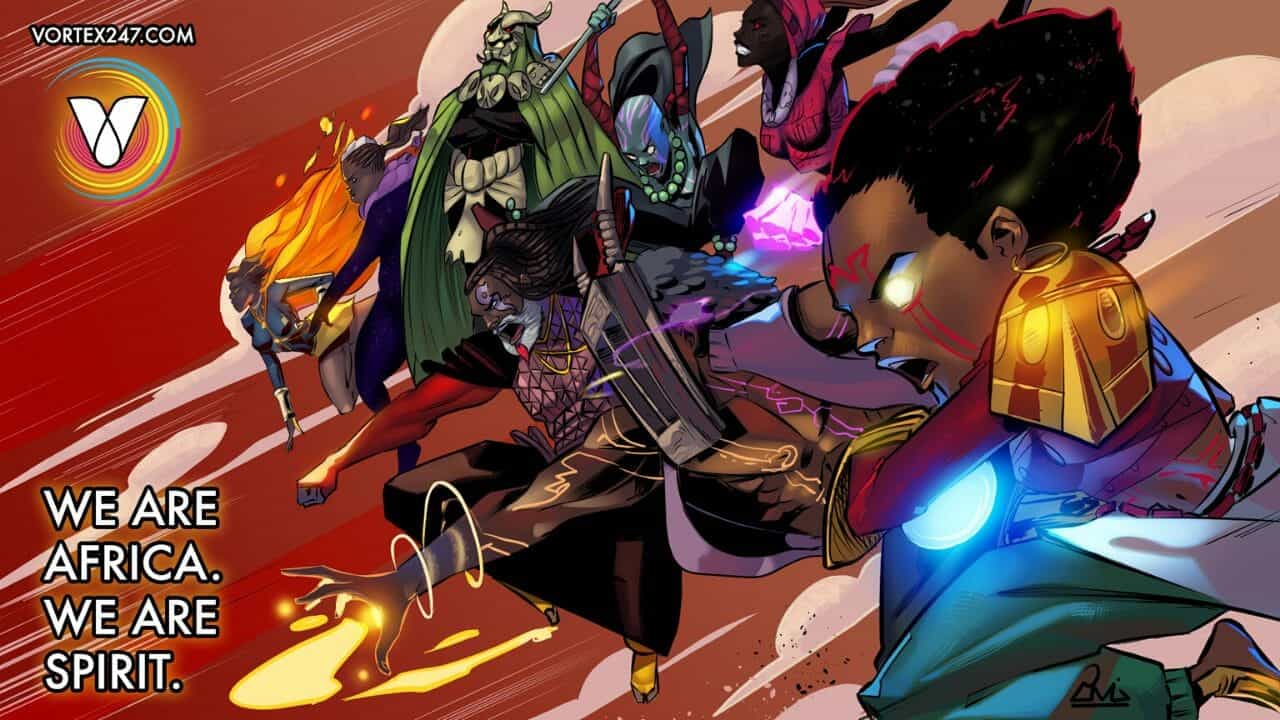 Vortex 247 – An Epic Cut Above For African Comics

Vortex 247 was founded in 2015 and is a platform that showcases African comic culture. CEO and founder Somto Ajuluchukwu was kind enough to give us access to the platform to check it out for a couple of weeks. Blerd is quite impressed with the quality of comic books on the site and the different side of Black indie comic representation that we do not normally see in the United States. There are not enough Black superheroes, and we definitely do not see enough African superheroes (outside of Black Panther and Storm). The market for more Afrocentric and Afrofuturistic stories continues to increase with the rise in popularity of blerd culture.

Vortex 247 is part of the answer to that thirst for more Afrocentric stories. Vortex works with African creatives to make access to their works convenient and affordable on their web platform. These African comic book creatives make stories that are more culturally relevant than some of the more mainstream stories, but often still draw on some of the classic stories and themes that make comics great. Having characters that the next generation can relate to is important in building up positive self-images.

Vortex 247 boasts over 30,000 readers daily, proving that black representation in the nerd space is commercial and here to stay. Vortex 247 gives readers unlimited access to over 100 different comics from all across Africa (Nigeria, Zimbabwe, South Africa, Kenya, & Ghana) with weekly content releases. The platform currently only costs 3 USD per month which directly supports African creators.

We asked the founder Somto Adjuluchukwu why the creation of Vortex 247 was important and they had the following to say:

Founding Vortex was born from a place of necessity, it goes beyond being an entertainment company telling African stories but a platform for exporting African culture to the world and redefining the perception of Africa through storytelling. A platform for revolutionizing and nourishing the mind of the African child, teaching them African / Black is enough.

Our vision is to establish industry, create an independent self-sustainable market, and develop corporations that would develop socio-economic stability for and through the creative industry. We also wanted to build kick-ass characters that would represent the diversity of our rich cultures and people.

The Vortex 247 site boasts quite a diverse catalog, but some of the recommendations to start sent over were:

Monkey Ngano showcases the adventures of princess Lina, the destined savior of her realm Nyikaland. She is accompanied by a monkey that is there to help her save the Ape God. This tale reimagines Africa’s past with magic and adventure.

In Shifter, a teenager underdog gains immense power – including bullet-proof skin, super strength and ultra high jumps. A bit reminiscent of Static Shock, this teenager takes to the streets to clean up his town.

Folktales is a murder mystery that has supernatural elements. The mystic beings in Folktales are fighting an eternal battle between good and evil.

Ganda is by a Ugandan company (nice play on words) company called Elupe Comics. It is about the original man Kintu who was the only living being on the planet along with his cow. Kintu does eventually find world travelers that help give the story wonder and adventure.

Vortex 247 shares our sentiment: that representation matters. It is awesome to see such a profound and high quality Black comic book website.