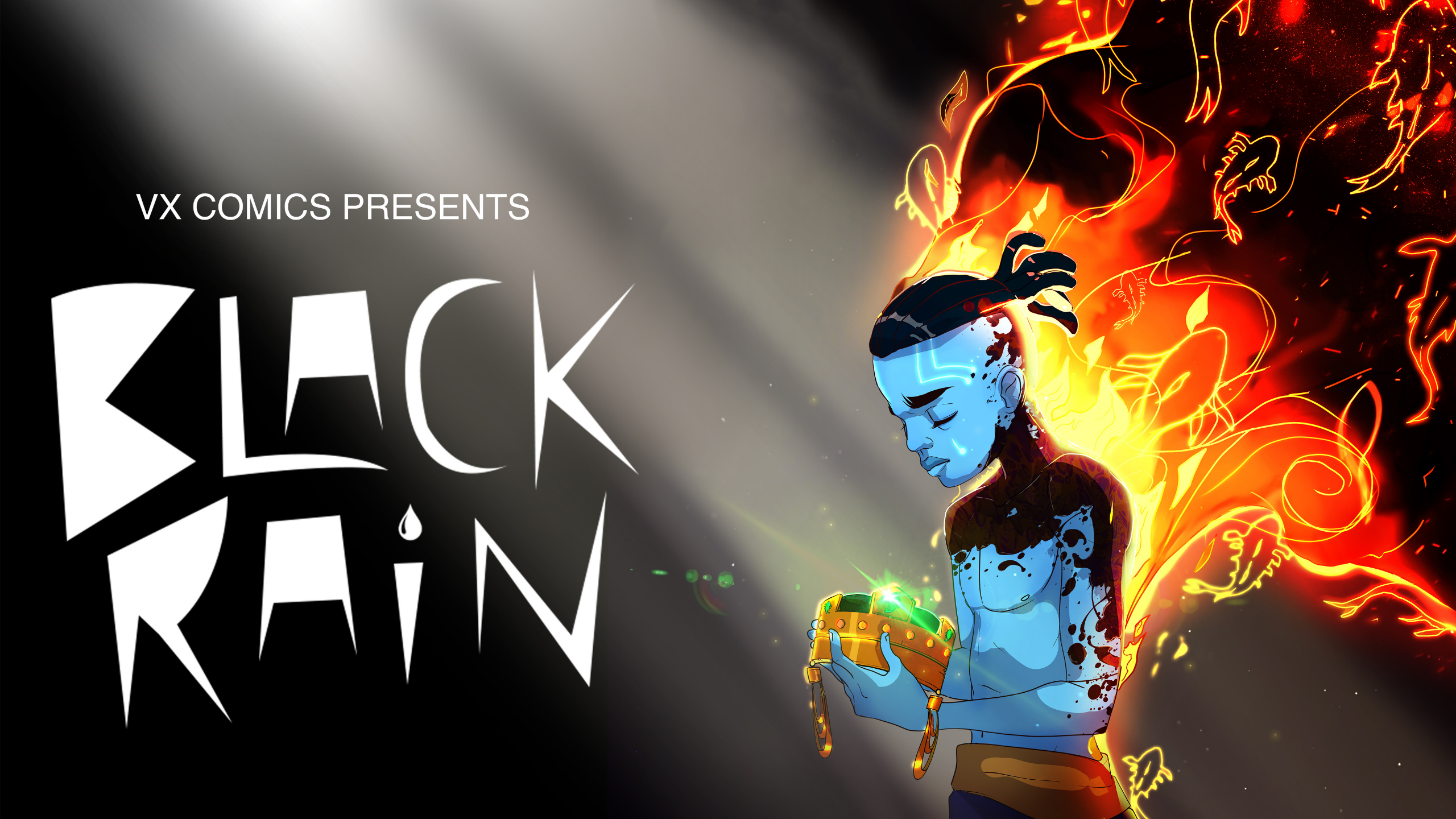 VX Animation, a subsidiary of Vortex Corp. is excited to announce the BLACK RAIN Kickstarter campaign begins this month!

BLACK RAIN is an Afro-futuristic, 2D animated short film about Esan, a planet under siege by a corrupt conglomerate, and is told through the eyes of a young child named Boubini. The story is inspired by the tragic events of the IJAW tribe in the Niger-Delta, Nigeria hit by an unprecedented environmental disaster caused by a company’s oil spills.

Black Rain is a revolutionary project on environmental advocacy, and our goal is to use animation as a tool for powerful & educational storytelling, and social and environmental change. And we can’t take this journey without you!

The Kickstarter officially begins on February 22, 2022. On the project is Executive Producer Rad Sechrist (creator of Netflix’s Kipo and the Age of Wonderbeasts) and Supervisors Andy Cung (storyboard artist for Cartoon Network & Netflix) and Chris Amick (writer for Adult Swim, Dreamworks).

VX Animation partnered with an NGO passionate about giving relief and education to children in the Niger Delta regions. Donors supporting the production of the short film will also get an opportunity to support less privileged children in the polluted region.

BLACK RAIN is about using animation as a tool to bring about positive change in the environmental sector.

Your contribution will help us bring BLACK RAIN to life and take African cinematic animation to the next level. And the top donors will be given free comic issues, exclusive access to project details, EXCLUSIVE BLACK RAIN NFT trading cards, previews of upcoming projects, premiere screening of the film and so much more!

VX Animation is a Nigerian-based animation studio dedicated to creating authentic, and compelling animation. With award-winning animated films screened across the world and recognized in the global press, we continue to push the boundaries of our craft bringing the spotlight to Africa while creating value for an emerging industry.