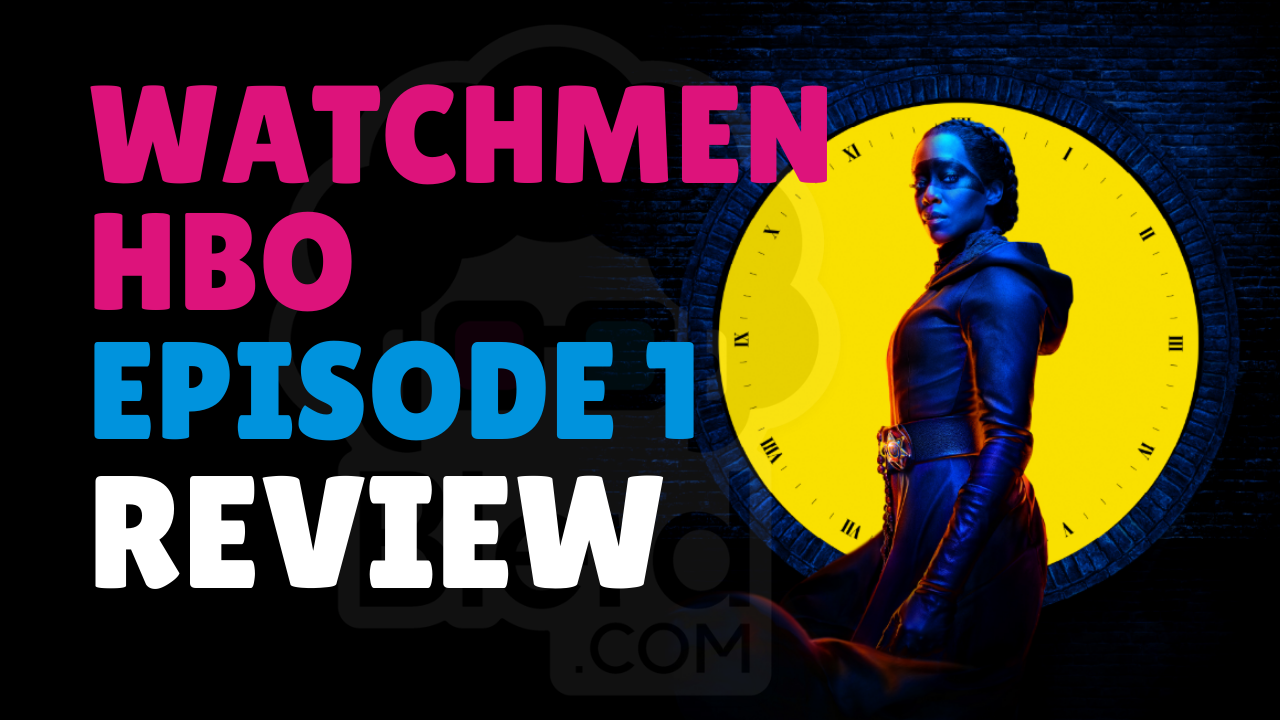 The new Watchmen television series just dropped last night on HBO and caused quite a stir.  I was excited for this one as I am a big fan of Regina King ( most blerds probably know her as the voice of Riley and Huey from the Boondocks) who is the star of the series.  It is rare to see a black female superhero be the star of any show or movie.  You do not necessarily have had to have read the graphic novels or watched the 2009 Watchmen movie to appreciate it, but it does help to understand the story and environment a bit more.

Here are a couple of things you may want to know if you are walking into this blind and have no plans on reading the comics or watching the older movie:

Basically in the Watchmen universe, superheroes are a part of everyday life (not to the extent of say a My Hero Academia, but more in line with a Batman series) and is set back in the 80’s with more of a dystopian take on the superhero genre.  There is an ultra powerful character named Doctor Manhattan (you’ve seen the blue glowy naked guy before; he can manipulate matter, teleport, has telekinesis, and some clairvoyance) that helps the U.S. government win the Vietnam War in this alternate universe.  In this alternate world, Nixon wins a third term, anti-hero sentiment sweeps the nation , and most heroes (they didn’t really have traditional “powers” anyway) go on to retire or work for the government.  There is a lot more to the story than that, but that is the cliff notes version.

The first episode opens up to a scene of a child in a theatre watching a movie featuring Bass Reeves (the first black deputy U.S. marshal west of the Mississippi River). The scene explodes with black residents of Tulsa, Oklahoma getting mowed down by gun and air fire.

Quick history lesson for the younger audience.  The Tulsa Race Riot happened in 1921 when mobs of white residents destroyed the all black Greenwood District.  You have most likely heard of this area referenced as Black Wall Street as it was the most affluent black community in the United States and still looked upon with reverence today.  While it has been branded a riot, it was really a massacre of a community and the destruction of around $32 million (2019) dollars of property.

While I have had knowledge of this much prior to watching the episode (I studied Sociology / Social and Economic Justice in college and there was even a Black Wall Street in Durham, NC where Blerd was originally founded), this was the most graphic depiction I have ever seen of this historical event.  It is a bit painful to watch if you are black, especially knowing that this actually happened.

Back to the story, the child’s parents are ultimately able to get him out of the situation to safety, but not without sacrifice of their own.

Race plays a central theme throughout the entire story in the first episode.   The episode flash forwards to present day with a black officer pulling over a white “farmer.” You feel an odd tension as you sympathize with the driver of the vehicle being “harassed” by the officer, even though you know he is up to something.  This quickly subsides as the farmer reveals that he is racist terrorist of The Seventh Kalvary (completely unexpected as he is blasting Future), pulling out an automatic gun and firing rounds into the officers vehicle, hospitalizing him.

The police department assembles to address the threat led by Police Chief Judd Crawford (played by Don Johnson).  This is when we get additional insight into Angela Abar a.k.a. Sister Night a.k.a. Regina King.  She shows up to the scene in her superhero outfit which is a mashup of a nun and ninja outfit.  Sister Night quickly established that she doesn’t play any games and is the central badass character of the new Watchmen series.  I expect to see a lot of black cosplayers rocking this outfit over the next few months.

I won’t drop any more spoilers as this is an absolute must watch, especially for the farm scene and the ending.  I was absolutely hooked from the first episode.  Below are some of the thoughts from our IG and Facebook; let us know what you think in our comments.

What did you guys think of Watchmen last night? #blerd #blacknerd #watchmen #hbo

In this article:comics, reviews, shows

Katsucon 2020 was held at the Gaylord Convention Center in National Harbor, MD. Here is our review of Katsucon 2020.

ORDERS HAVE ~20DAY + SHIPPING DUE TO COVID-19. WE APPRECIATE YOUR PATIENCE! Dismiss