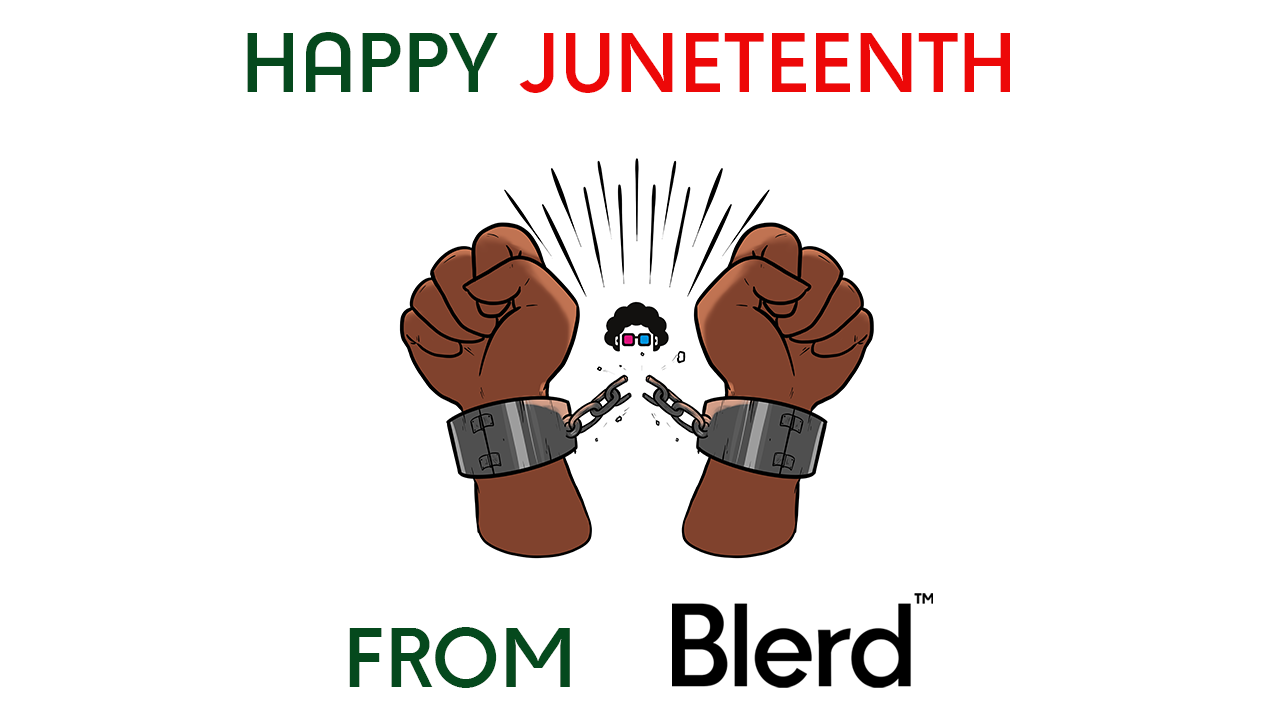 Juneteenth is a holiday that was created to represent the abolition of the last remaining slaves in the United States.  Although the Emancipation Proclamation took effect on January 1, 1863, the Juneteenth Holiday we celebrate today actually came on June 19, 1865 from a regiment of Union troops led by Gen. Gordon Granger in Galveston, Texas.  He broke the news to the last remaining Confederate sympathizers that they’d lost the Civil War and all slaves must be freed.  Here is a snippet of the order that was delivered:

A quote from the order:

“This involves an absolute equality of rights and rights of property between former masters and slaves, and the connection heretofore existing between them becomes that between employer and hired laborer.”

The newly freed slaves celebrated their emancipation with “prayer, feasting, song, and dance” and the following year, 1866, the first official Juneteenth celebration was born.

With the Emancipation Proclamation, slaves were not only free, they were able to enlist in the Union Army to combat the Confederate Army during the Civil War.  This bolstered the manpower of the Union Army to victory.  That heritage is noteworthy because our race as a whole has been fighting for freedom for generations.  If it weren’t for the newly emancipated slaves, victory at the battle of Gettysburg would have likely gone to the Confederate Army.  This would have, in turn, created an entire series of events that would have reversed the progress of the Emancipation Proclamation and bolstered slavery as a institution in the US.  Those brave men and women, changed the course of history for the better.

When did I learn about Juneteenth?

I had no idea Juneteenth existed until I was a freshman in college at The North Carolina A&T State University.  I really learned a lot about my heritage as a student at a HBCU.  I took an African American Studies course and I read about the final slaves that were freed.  With the speed of news today, I found it odd that it took nearly 2 and a half years from the time the first slaves were freed to the last slaves to know that they were free considering President Lincoln signed that bill into Law and it was made known nationally, I’m sure.  Upon doing my own research,

Now to put on my Conspiracy Brother hat:

I found that there are a few theories to explain the 30 month time gap.

There was some speculation that some Texans suppressed the announcement.

Another theory says the original messenger was murdered to prevent the information from being relayed or that the federal government purposely delayed the announcement to Texas to get one more cotton harvest out of the enslaved workers.

But the more likely reason was that the Emancipation Proclamation simply wasn’t enforceable in the rebel states before the end of the war.

What are some Juneteenth Traditions?

Observance today is primarily in local celebrations. In many places Juneteenth has become a multicultural holiday considering all of the traditions and customs that had been derived from the original slaves that came from the mother land.  Traditions include public readings of the Emancipation Proclamation, and reading of works by noted African-American writers such as Ralph Ellison and Maya Angelou.  Celebrations include picnics, rodeos, street fairs, cookouts, family reunions, park parties, historical reenactments, blues festivals and Miss Juneteenth contests. Strawberry soda is a traditional drink associated with the celebration.  There are a few Native American Tribes that celebrate Juneteenth also, as they integrated with African Slaves.

The Juneteenth Flag, which uses the same color scheme as the American Flag, represents Black freedom.

There are many celebrations for this holiday so there is no set tradition.  But in my experience people prefer to follow the same method as those original celebrations.  They start the day off with a prayer, the singing of “Lift Every Voice” which is widely recognized as the Black National Anthem(see below)

A large breakfast follows after the prayer and song. Then there are various activities and cookouts to fellowship and enjoy each other’s company for the remainder of the day.  In some areas, they even have firework shows similar to the US Independence Day.

What are some ways you celebrate Juneteenth?

Please leave in the comments below…

In this article:featured, Juneteenth, trending