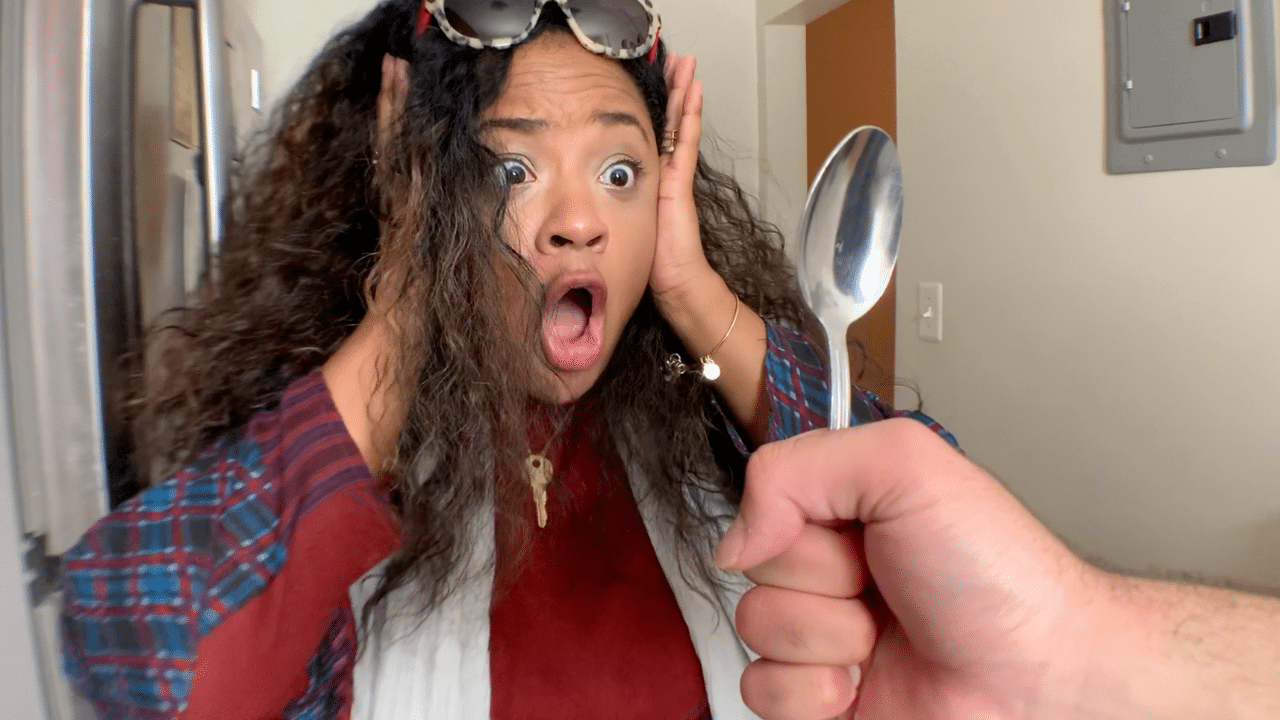 Wormholes is a science fiction comedy web series about wormholes (obviously) and inter-dimensional hijinks. The show features Gamal ElSawah, Conrado Falco III and Sadja Waite, co-founders of the Showdogs NYC Theater Collective. They were prepared to debut a full-length original show, but then the pandemic hit and they had to pivot. The Showdogs put their heads together and decided to do something they’d never done before: make a TV Show. In just a few short months, Wormholes was born.

A science-fiction comedy series, Wormholes follows starving poet, Salman Saeed (ElSawah), and social media influencer, Bayleaf Calvaire (Waite), living together in a New York City apartment with an active interdimensional wormhole in their closet. Every week, the wormhole brings about new, wacky, otherworldly phenomena that get in the way of their sad, Zillennial lives. Along the way, they involve their collective ex-boyfriend and Canadian wormhole scientist, Skippy (E.J. Meehan), their bumbling superintendent, Gazpacho (Falco), and their telepathic pet dog (voiced by Oscar Chasnoff Klausner).

We had such big plans before, and when the pandemic hit, it just felt like a hard stop on all of our futures. So, it was either make a show in our apartment, or keep crying myself to sleep every night and my tear ducts were getting dry,”Gamal ElSawah – Showdogs NYC Theater Collective

Initially, production seemed like it would be a no-brainer. The Showdogs, conveniently, lived together and were already quarantining more successfully than many film shoots could in May 2020. However, production wasn’t without challenges. The Showdogs created Wormholes with no budget, which meant the entire series was shot on iPhones. They knew they wanted to tell a story with more than three characters, so any characters outside of those played by ElSawah, Falco, and Waite needed to be recorded through Zoom or self-taped by actors to maintain quarantine regulations. And then there was the wormhole— how would they represent all the paranormal happenings they were seeking without the help of a costume department or expensive CGI? With just a little creativity and elbow grease…

“We took a lot of cues from older sci-fi shows— shows from the ‘50s, ‘60s— figuring out how they made their wild ideas a reality with no computers and low budgets, and applied that way of thinking to our own wild ideas,” said ElSawah.

Regarding the technical limitations, Sajda Waite said “We didn’t really feel limited at all— in fact, it was exciting to figure out ways to embrace those limitations and use them for a joke, or a plot point, or even whole characters.”

“Now, we feel like pros, honestly. We were able to get so creative without any money. Imagine what we could do with a budget!” added Conrado Falco. “Seriously… we’re available!”

Theater artists have always found ways to tell stories, even amid tragedies, and if Showdogs is any indication, then that isn’t slowing down any time soon. It just may look different than we’re used to. So if you’re still wondering: What do the theatre artists do when theatre can no longer exist? They adapt, as they always have, and always will. When the going gets tough, the tough get interdimensional.

In this article:featured, shows

Buy Your Tickets: Altered-Worlds: Black Utopia and The Age of Acceleration